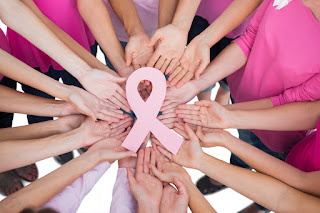 There are certain areas that seem to have higher rates of cancer as compared to other locations in the U.S. When there are a concentration of cancer cases among the residents of a certain geographical location within a specified period of time, it is known as a cancer cluster. Therefore, it becomes necessary to study and determine whether there is something within that particular area that is causing cancer amongst the residents.
Cancer is a common disease in New York and according to the NYSDOH (New York State Department of Health), the probability of a female developing cancer is one out of three in New York. While for males, the probability is one out of two. Most common types of cancer clusters in New York are: breast Cancer, lung cancer, and colorectal cancer.

In New York, cancer is one of the leading causes of deaths. According to New York State’s Department of Health, approximately 100,000 people in the region are diagnosed with cancer.  The Department of Health started an initiative known as the “Cancer Surveillance Improvement Initiative” in 1998 to enhance the surveillance and research activities by the State of New York to identify cancer clusters in certain communities and the various factors that may have caused it. The initiative is also known as the “cancer mapping project”. 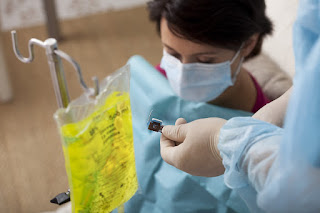 The initiative was taken because there were several cancer related incidences in the various communities of New York and the people started writing letters to the Cancer Surveillance Program of NYSDOH, requesting investigation.

What Does the Cancer Mapping Project Do?

The Cancer Map doesn’t reveal the exact reason why there are greater chances for a person living in a certain area to have a high or a low chance of developing cancer. Neither does it disclose whether there is a particular environmental facility that is contributing toward the disease. The map displays the people in a five-year time span, who have been diagnosed with cancer and their residences. The areas where the cancer occurrences are high and low are highlighted. The map, however, does show the environmental facilities in the vicinity.

Studies about Different Types of Cancers on Long Island

There have been several studies conducted to discover the relationship between the spatial patterns of the geographical location and the occurrence of cancer clusters like breast cancer, lung cancer, and colorectal cancer in Long Island, New York.
One of the most prominent studies was conducted by Dunrie Greiling and Geoffrey Jacquez in a two part research study. The first part identifies the so-called cancer “hotspots” and “spatial outliers” while the second part compares the morbidity ratios with the data obtained by the NYSDOH. The research was conducted to elucidate the impact of the various cancer risk factors due to air toxins.

Read about the different types of cancer clusters in Long Island, New York and the ongoing research below:

1. BREAST CANCER
The breast cancer rates in Long Island are higher than in other places in the US. The research and awareness about breast cancer started in 1980s. A multi study research initiative was established in Long Island known as, “Long Island Breast Cancer Study Project”.  The LIBCSP particularly focuses on those counties where the incidences are the greatest. These include Connecticut County, Tolland County, and several of the counties in New York.
With the initial concept by the LIBCS, the National Cancer Institute (NCI) developed a tool called GIS-H (Geographical Information System for Health) to examine the cancer incidences and realize if it has been triggered by the environment.

2. LUNG CANCER
Lung Cancer is one of the leading cancers that cause the most deaths in both the male and female population of Long Island, New York.  The Lung Cancer Center is a leading cancer program situated in the metropolitan area of New York. Several state of the art technologies and pioneering clinical trials are done to treat lung cancer here. The Center for Tobacco Control further helps the citizens of Long Island to quit smoking with the greatest success rate in the US.

3. COLORECTAL CANCER
This type of cancer was discovered to be the third most common type of cancer in New York. The stark reality about colorectal cancer is that it isn’t identified until the last stages in most situations. Previously, it was thought the increased exposure to ionizing radiation increased the chances of only developing colon cancer and not rectum cancer. Later on, the cancer was being linked with increased asbestos level.

DR. JESSE A. STOFF is an internationally renowned physician with extensive credentials in clinical immunology and holistic medicine. A graduate of   , he pursued extensive post-doctoral training including a fellow- ship at the     in . He has authored/co-authored countless articles and 8 books including co-authoring the bestseller "Chronic Fatigue Syndrome: The Hidden Epidemic" and The Prostate Miracle.

This article is produced and written by the writing team at IMMUNOLOGY TODAY- The Official Newsletter of Integrative Medicine of N.Y. of Westbury NY-- Edited and co-published by Dr. Jesse A. Stoff exclusively for the purposes of this blogpost (Immunology Today) and rejuvenatesoliutions.com The publisher(s) hold all rights (c) to all elements, images and content herein.  All distribution, sharing or re-posting of this article is only with the express permission from Dr. Stoff and Integrative Medicine of NY (formerly Linchitz Medical Wellness). 265 Post Ave. Suite 380 Westbury, NY 11590  |  516.759.4200  |  www.StoffImmunology.com.   Rejuvenate! is a registered trademark of Intermedia Communications Ltd. All written content in this newsletter is produced by the Stoff Institute for Medical Research (SIMR) exclusively for private distribution at the Integrative Medicine of NY ©2016- All Rights Reserved.

DISCLAIMER: All information provided in this article is intended as general public information and is not intended to treat or cure any disease or disorder. Dr. Jesse A. Stoff, Integrative medicine of NY, nor any individual or practitioner associated with the publishing of this article is not liable for any damages resulting from the use of the information on this article. As a visitor of this blogsite, you acknowledge and agree that any reliance on or use by you of any information available on this Internet web site shall be entirely at your own risk. In no event shall the owner or operator be liable for any direct, indirect, consequential or exemplary damages arising from the use or the performance of this Internet web site, even if the owner or operator has been advised of the possibility of such damages. While every attempt has been made to verify the information on this website, neither the owners, distributors, agents, publishers or their affiliates assume any responsibility or liability for any error, inaccuracies, omissions in the same, or related to results from use of these materials. No party is liable for any direct, incidental, consequential, indirect, or punitive damages arising out of your access to, or use of this blogsite and the contents herein.
Posted by Dr. Jesse A. Stoff at 12:46 PM

Dr. Jesse A. Stoff
Jesse A. Stoff, MD, HMD, FAAFP, DABAM Dr. Stoff is an internationally renowned physician, with extensive credentials in clinical immunology, and holistic medicine. A graduate of New York Medical College, he pursued extensive post-doctoral training including a fellowship at the Royal London Homeopathic Hospital in London, England. He has authored/co-authored dozens of articles and 8 books including co-authoring the bestsellers Chronic Fatigue Syndrome: The Hidden Epidemic and The Prostate Miracle. Currently, Dr. Stoff is the medical director for Integrative Medicine of NY (www.integrativemedicineofny.com)